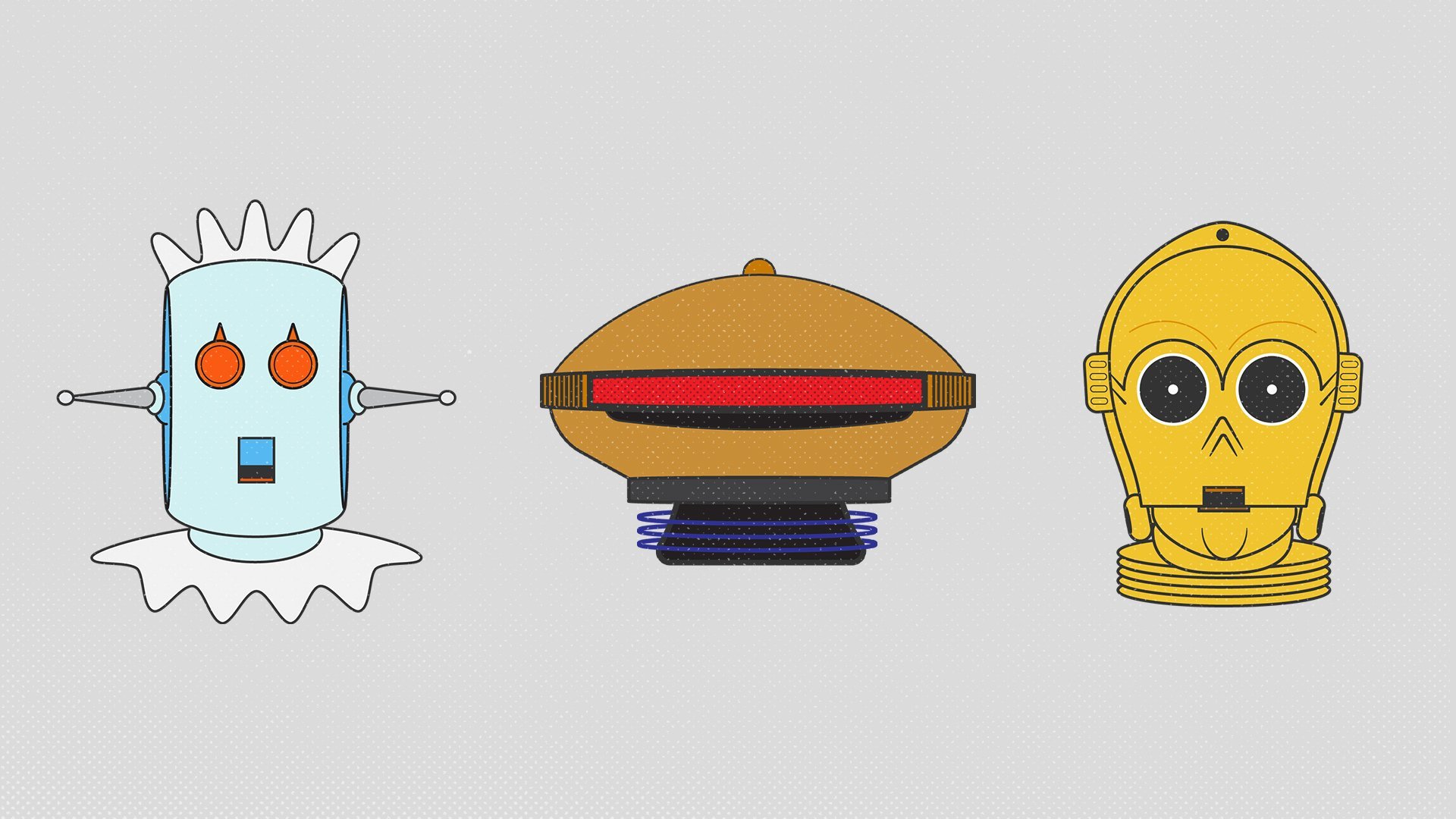 Robots-A-Head is a nine-part art series that highlights popular robots from television and film. After creating a minimalist version of C-3PO, a droid featured in the Star Wars series; I was inspired to create more designs of robot heads. I wanted to see how I could make a cohesive style while accentuating the core features of each robot. In the end, I produced nine robot posters from the following show: WALL-E, Star Wars, Futurama, The Jetsons, Lost In Space, The Iron Giant, Dr. Who, Transformers, and Power Rangers.